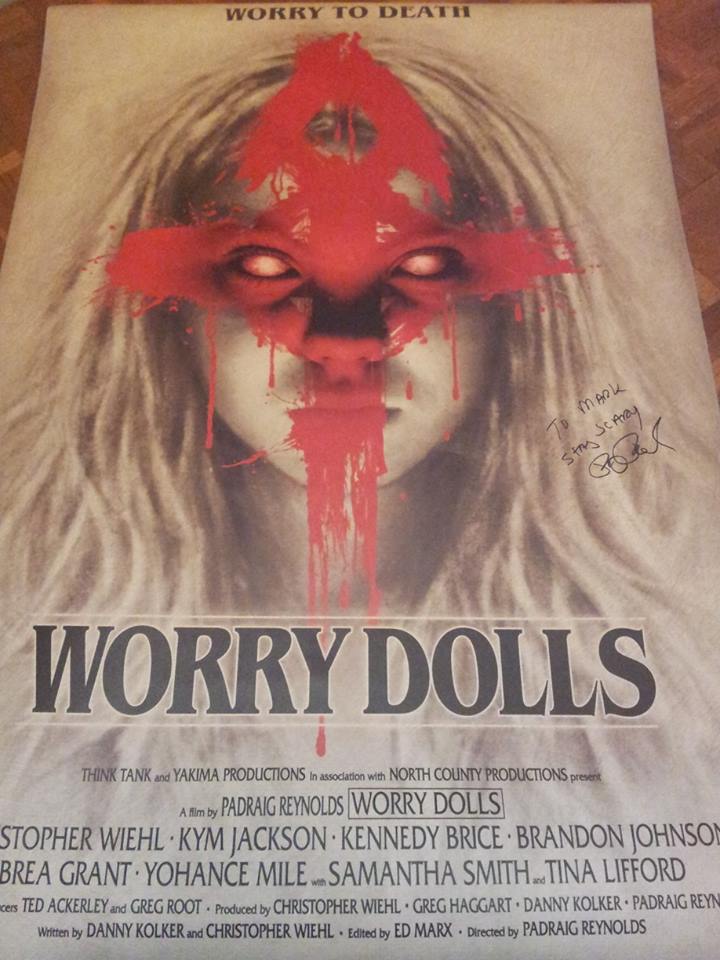 CofC: How did you get attached to Rites Of Spring?

CofC: Worry Dolls was written by Chris Wiehl and Danny Kolker.What attracted you to the story and did you change any elements to fit your vision of the script?

Padraig:Yes, we basically changed the script to suit the locations we were shooting at.When we went to Mississippi I was like “we should shoot this here ” and Chris and Danny would go back to the hotel room and write the scenes around the new locations.At the beginning of the film the serial killer Henry, in the original script, had an introduction which wasn’t ramped up high enough for a serial killer.We wanted to make a bang with this guy’s entrance.Let’s t’s have Henry keeping someone chained up already and the cops are on his tail.That’s what I brought to the script as I wanted to make Henry a bigger part of the movie.We shot Worry Dolls in 23 days in 14 different locations.

CofC: How important is it showing your film at FrightFest and other horror festivals?

Padraig:FrightFest will host the 1st ever showing of Worry Dolls then we will be showing it in Los Angeles.The reason I wanted to come back to FrightFest was because I had such a great time with Rites Of Spring.I like FrightFest as it brings alumni back from previous years and I enjoy the camaraderie of meeting new film makers and showing my films in Europe and America. I got a bigger response to Rites of Spring in Europe than I did in America which is kinda funny.It’s weird as haunted house movies in America are really big but over here not as popular. Europe prefers the scarier aspect of man on man home invasion horrors.I think festivals are great ,particularly for indie film makers to get their names out there.Horror is probably the only film festivals that you can go to I mean there aren’t romantic comedy festivals thank god -we should start one !

Padraig:That’s what drew me to the script and it’s a detective story also.Two detectives have to solve these horrible murders.It has the same feel as Rites also because of how we shot it and where we shot it and it looks like its in same world as Rites which is kinda cool. 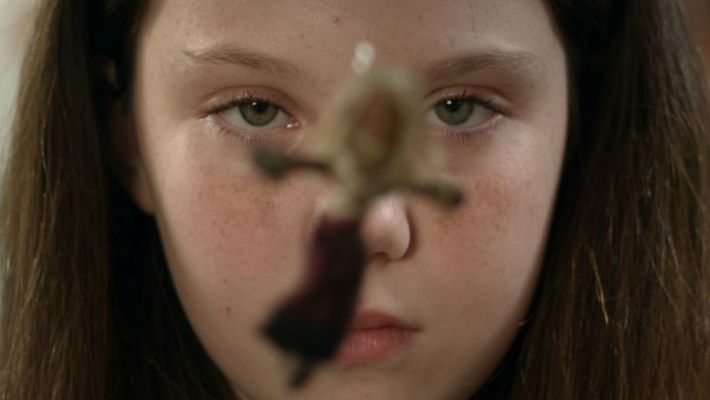 Padraig: I’ve always liked cult movies.One of my favourites is Race a With The Devil from 1975. I have another film I’m trying to get made called Black Sunrise .I like dark southern cult movies.You guys had a lot of great movies here that dealt with similar themes to Worry Dolls – The Wicker Man and Hammer’s The Witches among many others.

CofC: Rites of Spring was compared to Children Of The Corn.

Padraig:Yes and Jeepers Creepers too. The southern states are great filming locations,  very beautiful and very unique.One of the places we shot in for Worry Dolls they found a dead body in there two months after we left.It was there when we were shooting

CofC: Jesus! You’re obviously a big horror fan. With Worry Dolls was there intentional references to elements of Child’s Play, The Evil Dead and The Omen?

Padraig: Definitely Child’s Play and a bit of Texas Chainsaw Massacre and The Wicker Man is in there too.My buddy was like “Dude have you seen Kill List?” which I hadn’t because our symbol looks fairly similar in Worry Dolls.

CofC:The great AJ Bowen is in Rites of Spring.Did you guys meet through Ti West?

Padraig: Ti is one of my managers clients also. I met Ti a long time ago after he made The Roost.I loved AJ and Anessa Ramsey from The Signal and decided to cast them both in Rites Of Spring.

CofC:What are you looking forward to seeing at FrightFest?

Padraig:Some Kind Of Hate,We Are Still Here and Shut In.I read the script for Shut In and it was fantastic.My friends movie POD is also showing and I produced a short playing at FrightFest called Deathly.

Padraig: I went to Tom because I loved his poster for Almost Human.He sent me back some amazing designs for Worry Dolls I went with the childs face and symbol.

CofC: As a last question I’d like to back track a bit. How did you get the amazing Lin Shaye and Ray Wise to appear in your short film The Election?

Padraig:I watched a movie with them both in called Dead End which was great. I met Lin at a party and I said I’ve wrote a short for you and your managers going to send it over to you and she loved it.I sent it to Ray at the same time and I said Lin  is going to do this and they both said yes so I drove them out to the middle of the desert and we shot the 12 minute short there and I’ve been friends with Lin and Ray ever since. 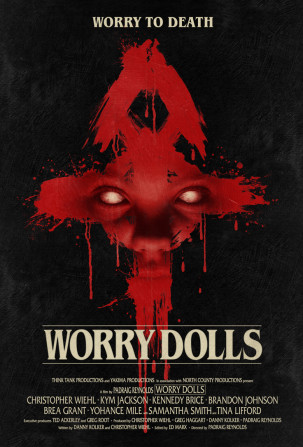 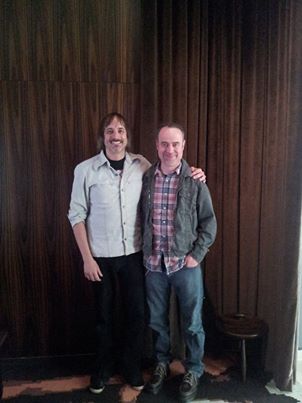