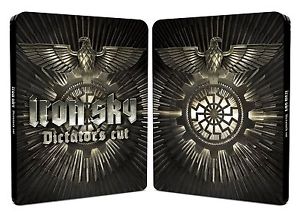 We have 2 Blu-ray’s up for grabs! Please email the answer to the following question to [email protected] : Udo Kier appears in Lars Von Trier’s ‘Nymphomaniac’ as which character ? Answers must be in by 5pm, Friday 7th Feb 2014.