For your chance to win 1 of 3 DVDs of HOUSEBOUND please send your name and address to [email protected] by 12pm Monday 20th July.

When wayward teen, Kylie is sentenced to home detention, she finds herself confronted by a hostile spirit who seems less than happy about her return. Unable to go beyond the front gate, she’s forced to listen to her mother’s ludicrous theories that the house is haunted. However, when she starts to hear the unsettling whispers and strange bumps in the night for herself, she begins to wonder whether the house really is haunted. Along with her ghost-obsessed home detention officer, Kylie begins to unravel the secrets that lie within the walls. As the mystery unfolds, she is drawn into a tangle of terror that forces her to face her darkest fears. 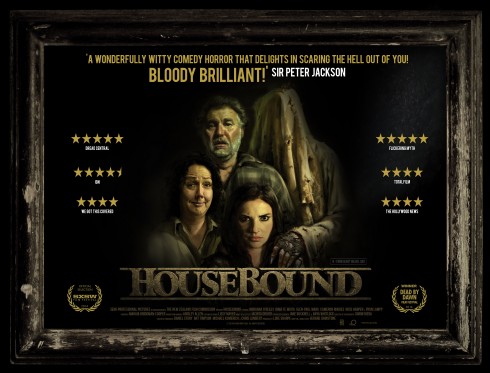