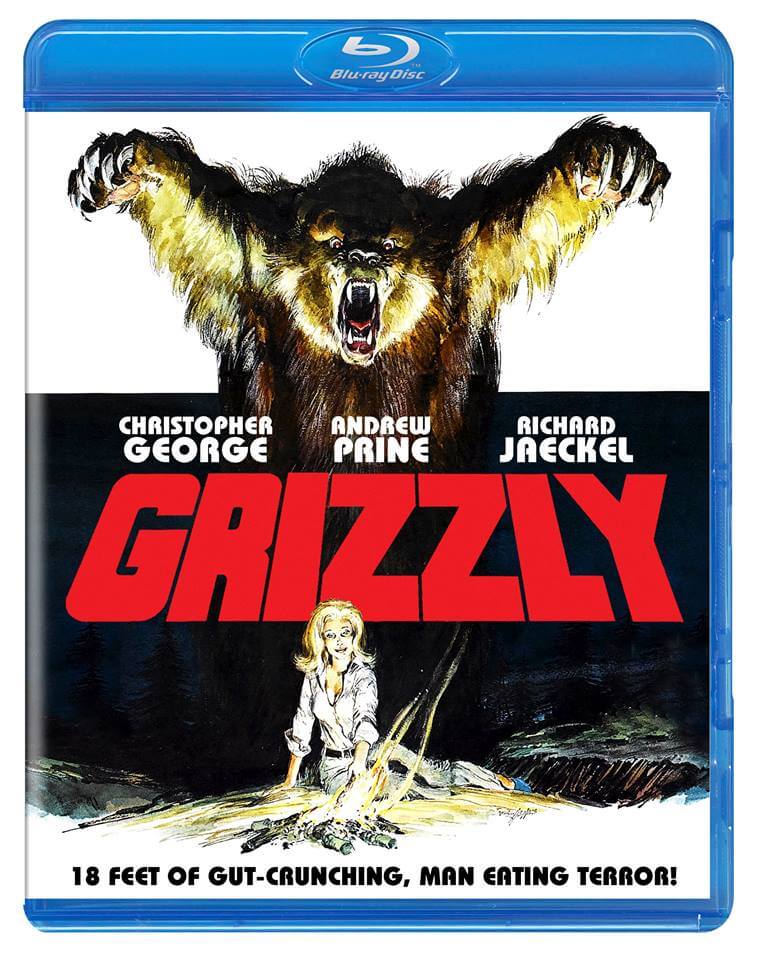 When an eighteen-foot, two-thousand-pound grizzly bear starts mauling campers and hikers at a state park, a park ranger (Christopher George) springs into action. But the job is too big to tackle alone, so he enlists the aid of a naturalist (Richard Jaeckel) and a helicopter pilot (Andrew Prine) to take this freak of nature down. Meanwhile, the giant grizzly, not content with picnic baskets, continues to kill indiscriminately, leaving pools of blood and piles of body parts in his wake. Can the ranger and his cronies end the grizzly’s reign of terror without resorting to excessively extreme measures? This post-Jaws, nature-runs-rampant thriller was directed by William Girdler (Day of the Animals, The Manitou), and was a box office hit and the top-grossing independent film of 1976.

This release is limited to 3000 copies.