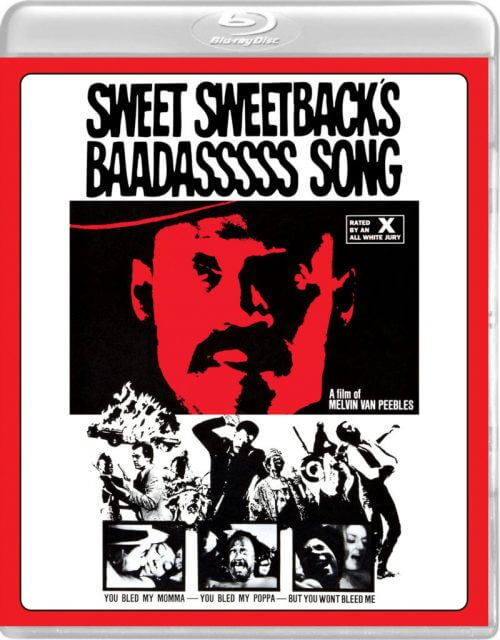 One of the most iconic, notorious, and influential American films of the 1970s, Melvin Van Peebles’ SWEET SWEETBACK’S BAADASSSSS SONG stars Van Peebles as Sweetback, a black orphan raised in a brothel and groomed into becoming a sex show performer. Set up by his boss and two corrupt white policemen for a murder he didn’t commit, Sweetback escapes custody only to find himself thrust into an increasingly hallucinogenic world of violence and bigotry where no one can be trusted and the possibility of death lurks at every corner…

Considered to be among the most significant features ever directed by a black filmmaker and included in the permanent collection of The Museum of Modern Art, SWEET SWEETBACK is a brutal and shocking story of survival and is credited as the first ‘blaxploitation’ film ever made. Featuring a rousing score from a nascent Earth, Wind, & Fire as well as surrealist tinged visuals from cinematographer Robert Maxwell, Van Peebles creates an unforgettable and immersive study of perseverance in the face of racism. Vinegar Syndrome proudly brings this landmark film to Blu-ray, newly restored in 4K from its original 35mm camera negative.