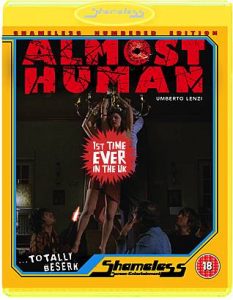 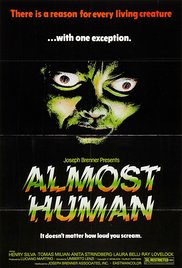 Umberto Lenzi’s ALMOST HUMAN is one of the most savage Italian crime movies ever made. Lenzi made 10 Poliziotteschi films during the ’70s and early ’80s and his take on the Italian crime genre was the most violent of all. 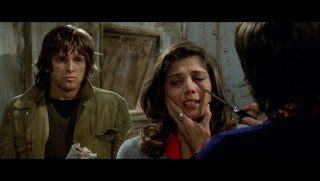 Made during a frenetic directing period for Lenzi alternating between Giallo and Poliziotteschi films.He had a dynamic run beginning with Gang War In Milan (’73), Spasmo (’74), Almost Human (’74), Eyeball (’75), Manhunt (’75) and Syndicate Sadists (’75). Among the other heavy hitters of Italian crime – Stelvio Massi was the king of the car chase and Enzo G.Castellari was the king of the action set piece but no other directors style has come close to the violence and savagery on display in a Lenzi film.He is notorious for it and genre fans love him for it! 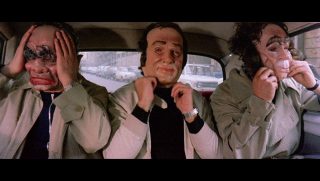 Previously only available as a DVD from Shameless,the Blu-ray release of Almost Human is a revelation.I first saw this in an awful 4:3 VHS print almost 20 years ago.

Synopsis:Guilio Sacchi (Tomas Milian) is a small-time hood disillusioned with the crime syndicate for which he works. Looking to make some big money fast, he and some friends kidnap the beautiful Marilù (Laura Belli), the daughter of a billionaire and demand 500 million Lira as ransom. However, hot on his heels is Inspector Grandi (Henry Silva) a hardened cop who only becomes more hell-bent on catching Guilio and his gang with each corpse he finds! Director Lenzi reflects on the “Years of Lead” in Italy, a time when terrorists caused chaos and police action was judged as deficient.