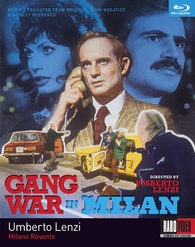 Salvator Cangemi is a produce purveyor in Milan, Italy whom  moonlights as a pimp and runs a proﬁtable twin businesses. But the appearance of a ruthless and greedy French gangster called Le Capitaine threatens Toto’s livelihood when Le Capitaine wants to unite the organized crime in Milian for him getting a large share of the proﬁts. But Toto wants no part of Le Capitaine’s organization and wants to continue running his own ring in a low key quiet way. But no one says “no” to Le Capitaine and he threatens an all out war to keep his organized crime ring, and reputation, intact.