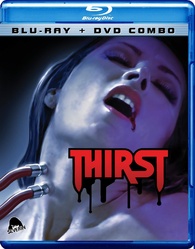 Kate Davis has been kidnapped by a bloodthirsty cult and taken to a remote village. It is there that she discovers her fate. According to the prophecies of the Hyma Brotherhood, she must fulfill her destiny by marrying their leader and helping them quench their diabolical thirst for blood.