THE WALKING DEAD: THE COMPLETE FIFTH SEASON AVAILABLE ON BLU-RAY AND DVD TODAY.

September 28, 2015 / giallo1971 / Comments Off on THE WALKING DEAD: THE COMPLETE FIFTH SEASON AVAILABLE ON BLU-RAY AND DVD TODAY.

Here is an exclusive guide written by Travis Bradberry, author of Zombie novel Cryonic. The article offers an insight into How to Survive a Zombie Apocalypse in Five Easy Steps. From location to weapons, this is the only survival guide you’ll ever need – that is, if you’re not lucky enough to have Rick Grimes as your companion. 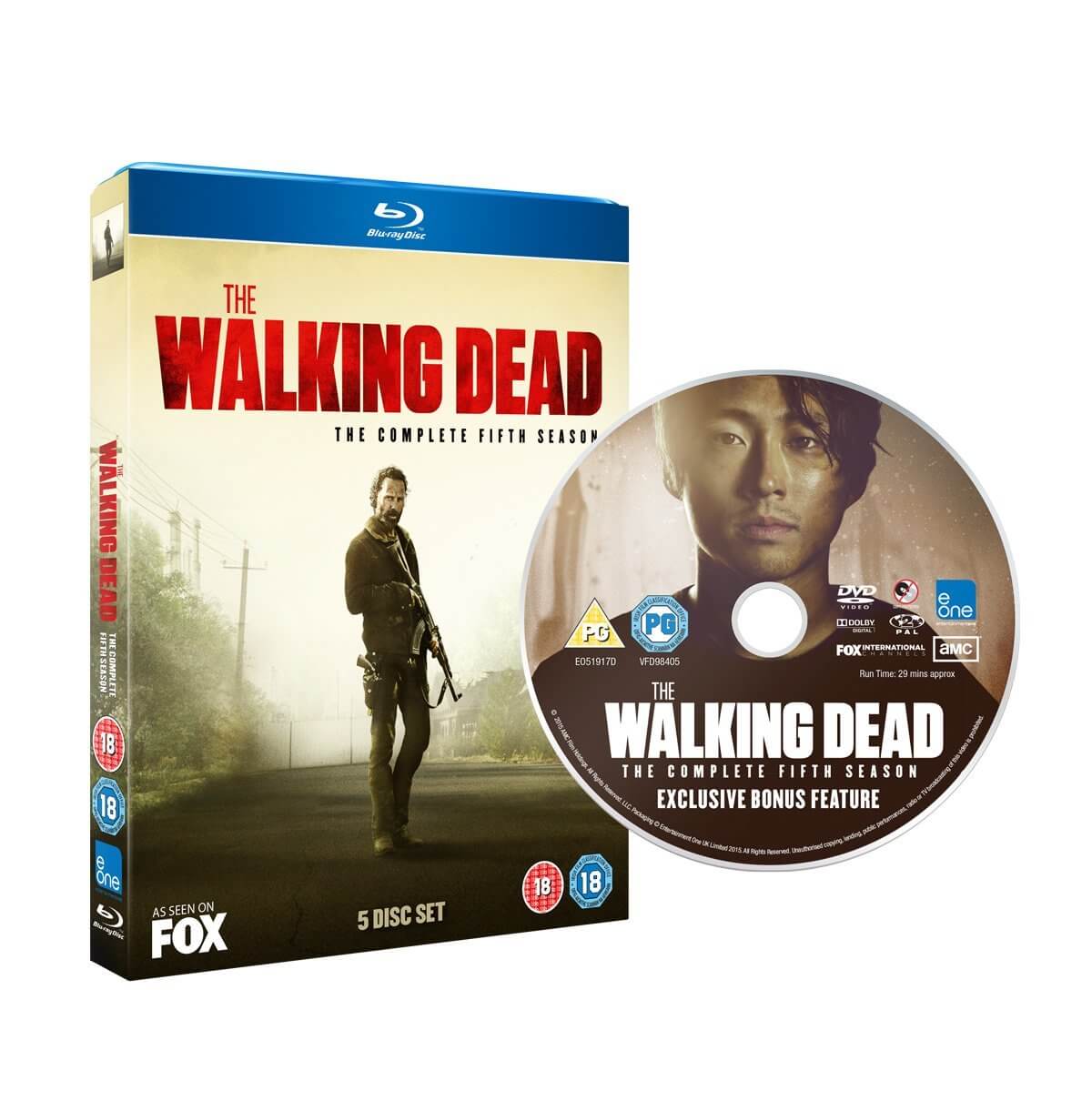 How to Survive a Zombie Apocalypse in Five Easy Steps:

Like real estate, location is everything to surviving never-ending zombie hordes. Many great sounding locations are ultimately traps. If it has one door (a bank vault, and RV) then your security will be you demise once there are more zombies outside than you can fight through. If it’s small and lacks visibility (a farm house) then it doesn’t matter how many doors you have because you can still get surrounded. The best location? A brick office building of about four stories. Most have fewer windows to board up than a house, a great, high vantage point, and multiples exits and floors through which to maneuver in a hasty effort.

As appealing as that AK-47 looks on television, you won’t be able to shoot it with enough accuracy to get the head shots needed to survive. Same with a handgun. Doesn’t hurt to have it but if you think you can just kill shot your way through a dozen zombies you’ll be mistaken (and devoured). A handheld weapon that yields kill shots and is easy to swing (like a sword, machete, or crowbar) is your best friend.

You know that friend of yours that’s a little too into weapons and survival? He’s the first person you should seek out in an apocalypse. Your mUm, your best friend, and your little brother are going to make sentimental decisions that will get you killed. Pick people that are crazy enough to make logical decisions with no remorse. Then get on their good side.

4) Have a water source

A lack of water will kill you much faster than a lack of food, and most anything (think bugs) becomes food when you really need it. But there’s no substitute for fresh water, and you’ll drink up an entire grocery store’s (which come to think of it might make a good location for #1) worth in time. If there isn’t a fresh water source near your hideout, you better find another hideout.

5) Stay away from people you don’t know

They are the only thing that will kill you faster than zombies or a lack of water. Once the excrement hits the proverbial fan, the only people you can trust (most of the time) are people you know. Most people you don’t know will kill you to get the great stuff you’ve accumulated in steps 1-4. Rick learnt this lesson the hard way when he encountered the cannibalistic survivors at The Terminus.