The Thing With Two Heads (Lee Frost/1972) comes to US Blu-ray from Olive Films. 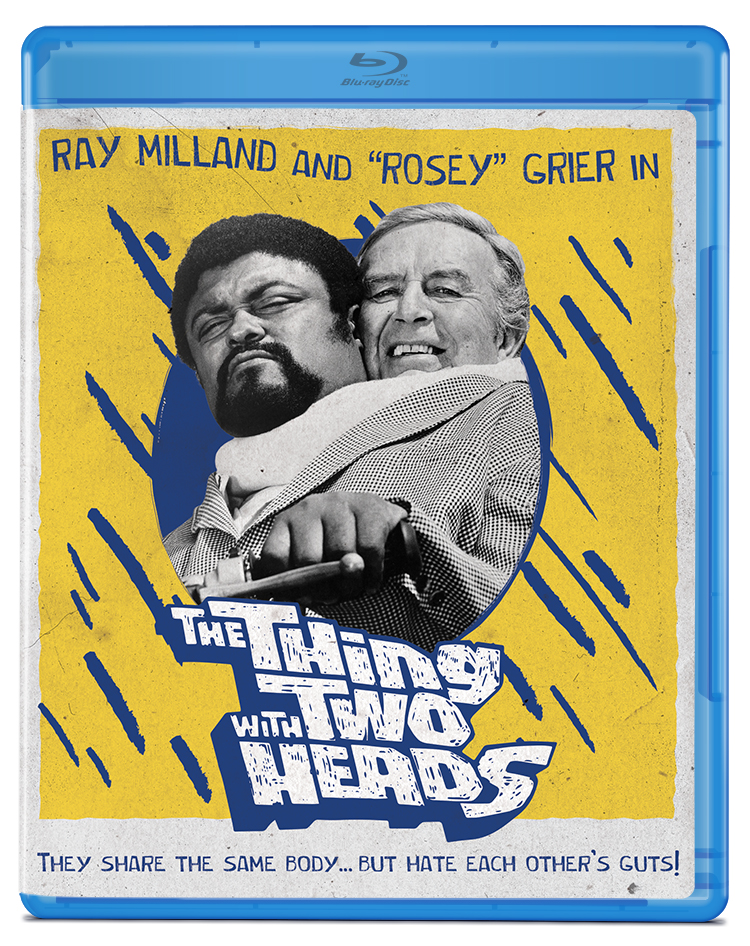 Despite his deteriorating health, incredibly rich and deeply racist brain surgeon Maxwell Kirshner (Ray Milland, The Lost Weekend) plans to be around for a very long time. What better way to achieve his goal than to transplant his still cognitive noggin onto the body of a healthy human being? Having performed similar experimental surgeries on animals, Maxwell convinces his colleagues to perform the groundbreaking and unsanctioned medical procedure on him – the first successful head-graft.With his body in rapid decline, Maxwell’s head is transplanted onto the first available body. And that would be death row inmate Jack Moss (Rosey Grier).