Released by Derann Video in the UK . 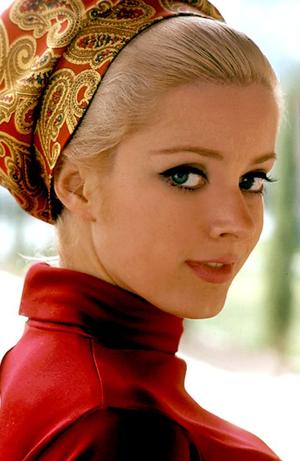 Stacey is a super-hot, blonde, racecar driving, centre-fold, private eye and has just been given her latest assignment. Ageing millionairess Mrs Chambers want’s Stacey to keep a ‘private’ eye on all the heirs to her fortune as she ain‘t getting any younger. She’s a clever old lady as they are all bitchy, backstabbing boys and girls who sponge, take liberties and are foul-mouthed to the old girl.Stacey gets to work fast uncovering herself as well as blackmail, murder and a set of incriminating sexy snaps of two of the heirs making out.Needless to say Mrs Chambers is none too happy.This film has excellent shoot-outs, stunts, car chases, breasts, gruesome murders and a freaky drug party to boot and to top it all i picked it up for one pound from a gypsy van!

Playboy playmate Anne Randall also appeared in HELL‘S BLOODY DEVILS (70) and WESTWORLD (73).The very sexy Anitra Ford also gave us THE BIG BIRD CAGE (72) and INVASION OF THE BEE GIRLS (73) among many others.