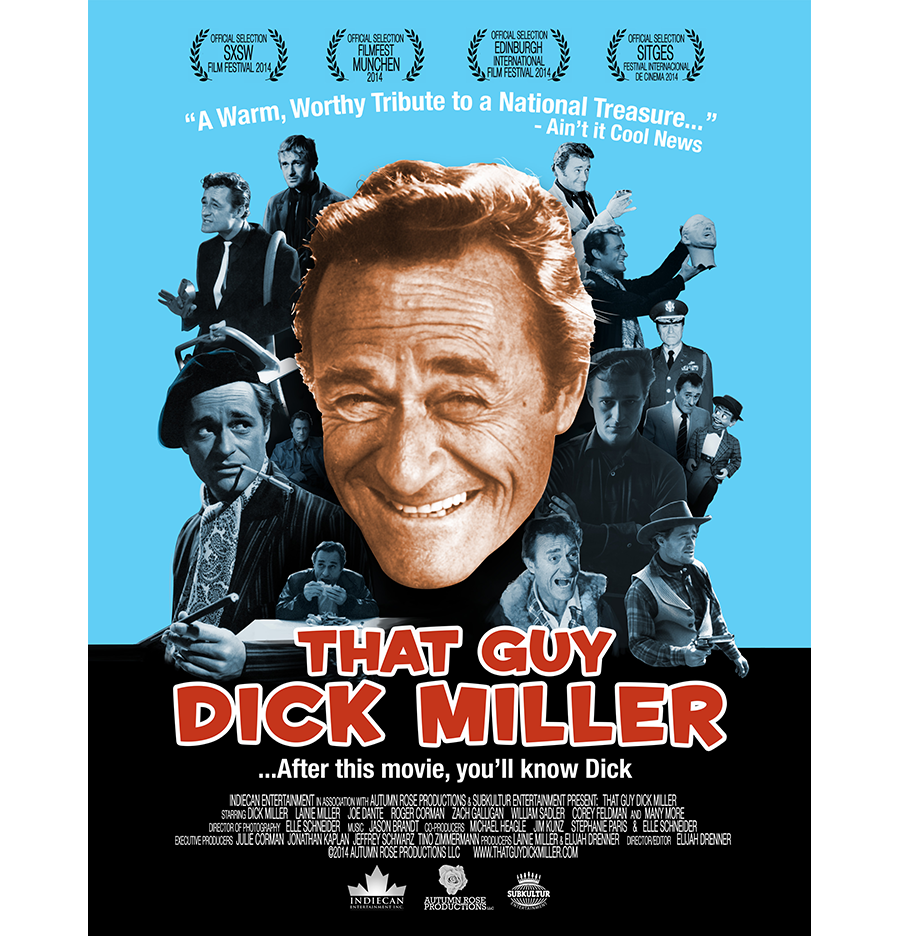 In this unprecedented documentary we follow veteran Cult, Horror and Exploitation movie character actor Dick Miller from his first big role in Roger Corman’s Bucket of Blood and The Terror, on to Gremlins 1 & 2 , The Terminator, Demon Knight to the Fame TV series, and up to one of his latest roles in Cutaways and Burying the Ex.

He has worked for such noted Directors as Steven Spielberg, James Cameron, Roger Corman, Joe Dante, Ernest Dickerson, Sam Fuller and Jonathan Kaplan, to name a few and, over the years, he has shared the screen with Robert De Niro, Jack Nicholson, Arnold Schwarzenegger, Boris Karloff,Ray Miland, Jada Pinkett Smith, Julianna Margulies, Kim Novak, and David Carradine.There is a wealth of rare footage, photos and video, plus never before seen 8mm shots behind the scenes of movies little and legendary.