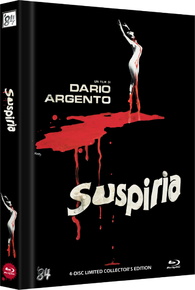 Susy Banyon is a young U.S. ballet student who arrives at a prestigious German dance academy. The violent and bloody murder of one of the students opens Susy’s eyes to the history of the mysterious academy. As the body count rises, Susy becomes involved in an increasingly labyrinthine tale of murder, black magic and madness.