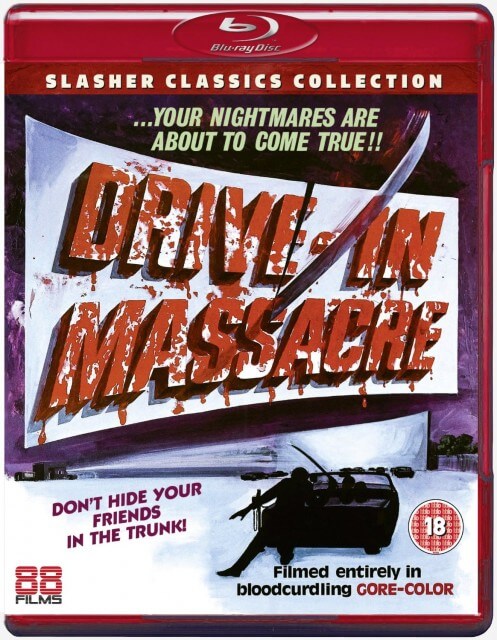 A year before the slasher boom really hit its stride with John Carpenter’s legendary trendsetter HALLOWEEN, there was DRIVE-IN MASSACRE – an early slice and dice protoype that is finally achieving its rightful reappraisal courtesy of a brand new 4k scan from the splatter movie addicts at 88 Films! This worldwide HD debut indicates that DRIVE-IN MASSACRE was, in many ways, ahead of its time – spinning a sleazy story about a clueless police investigation into a madman who is carving up spectators at outdoor cinemas across California! Introducing the sort of giallo framework that the post-FRIDAY THE 13th teenkill genre would later take as its own, DRIVE-IN MASSACRE was directed with the expert grindhouse touch of Stu Segall, the man who oversaw Marilyn Chambers in INSATIABLE (1980) before producing such hit TV series as RENEGADE.