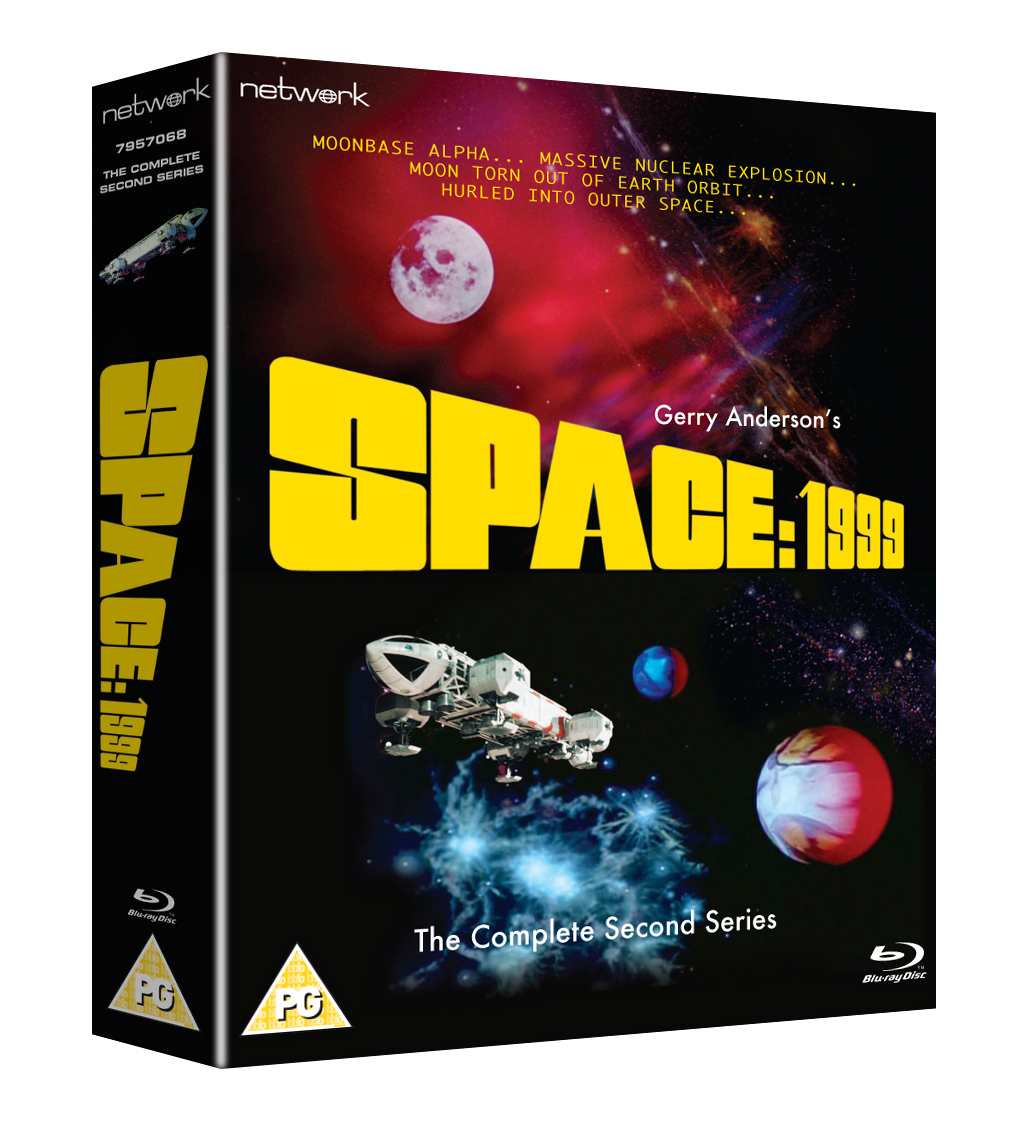 LONG awaited and unavailable in any format for more than 10 years, the second series of Gerry Anderson’s cult sci-fi series is presented here as a stunning High Definition restoration on Blu-Ray for the very first time. Space: 1999 – The Complete Second Series (PG) is available to own from 28 September 2015 on Blu-ray (RRP £79.99) and DVD (RRP £59.99), courtesy of Network Distributing.

Space: 1999 – The Complete Second Series is also available to pre-buy** on Blu-ray and DVD from networkonair.com now. Terms and conditions apply.

September 13th, 1999… A nuclear waste dump on the moon unexpectedly detonates, blasting the moon out of orbit and taking the inhabitants of Moonbase Alpha on a fantastic voyage of discovery throughout the galaxies.

All 24 episodes, with optional original mono or new 5.1 soundtracks, are featured alongside a wealth of special features, including:Music-only tracks on all episodes/ Unexposed: Behind the Scenes of Series Two – filming The Mark of Archanon/Stock Footage Archive: alternate takes and unused shots/Production Audio: original source recordings for material from four episodes/Cosmos: 1999: a stop-motion fan film from 1979/Martin Landau: in-depth interview from 1994/Archive Interviews with cast and crew/Seed of Destruction: the series two episode re-edited and re-scored as if it were made for series one/Outtake: a blooper featured in It’ll Be All Right on the Night/Trailers and promos: contemporary promotional material for the UK and US/Behind the Scenes – Model Shop: footage taken during The AB Chrysalis – with Brian Johnson commentary/Clean series two titles/Image galleries of rare and previously unseen stills/Script and annual PDFs.