This A.I.P.production shot in the Philippines sees three tough machine gun totin’ mamas team up in an island revolution and a $1000,000 steal.Captain Morales puts women prisoners to work in the fields and has  $1000,000 coming his way.Jo Turner and Mei Ling are revolutionaries who want that cash and pose as workers to infiltrate the Morales camp.When he finds out he plans on shooting them but let’s them off as “There’s more than one way to skin a pussy!”.Policewoman Sgt.Jackson (Hendry) is a criminal investigations expert.Her tricks include tying rope to one poor guy’s family jewels while hoisting him up to confess.Jo and Mei Ling are taken to her.It just so happens that Mei Ling used to whore in the same stables as Jackson and she helps them to escape. Everyone shoots each other whenever the briefcase of cash is opened ! 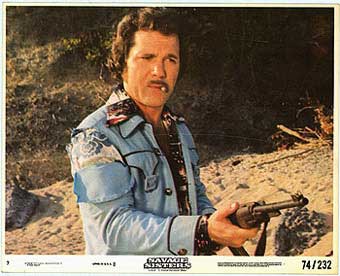 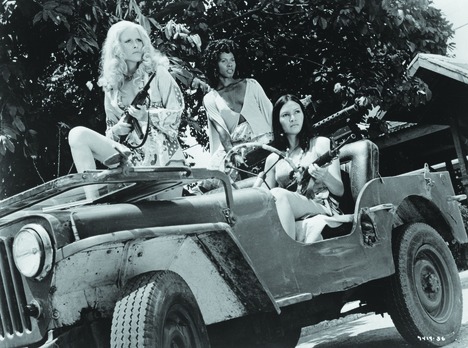