Available on DVD.Originally released by Walton video in the UK.

Sequel to DOLEMITE (73), this unbelievable movie has to be seen to be believed.The late Rudy Ray Moore plays Dolemite one mo’ time and is caught in bed with a redneck Sheriff’s wife.He escapes and dives butt nekkid over a wall which we are treated to in slow motion with an INSTANT REPLAY! The title sequence is eye -wateringly lurid as Rudy, sporting a fake ‘fro, does bad Kung-Fu moves over painted credits and a damn fine slice of funk as soundtrack, vocal talents by Rudy of course.

Here we go then – Mafia club owner Cavaletti want’s to put the frighteners on Queen Bee’s club as his club is losing business.Cavaletti’s men beat up Queen Bee and kidnap two of her girls.Dolemite, sporting a denim jump-suit and matching cap, goes to Hurricane Annie for infornation.New heights of stoned acting are reached in this film.The actors just grin and laugh during each others dialogue which makes it even more enjoyable to watch!Cavaletti invites Queen Bee and her entourage of ladies to his party.Meanwhile,Dolemite is at Cavaletti’s torture chamber hideout. He rescues the girls and kicks their captors rears.

We get speeded up Kung-foolery,backwards jumps from ground to air and ludicrous shenanigans all courtesy of Rudy himself.The Central American Nunchuka Champion (who looks like a young Neil Diamond) shows off his skills wearing only his pants at Cavaletti’s party.Dolemite and his boys pose as caterers and Karate champion Howard Jackson turns up to kick Cavaletti’s ass. 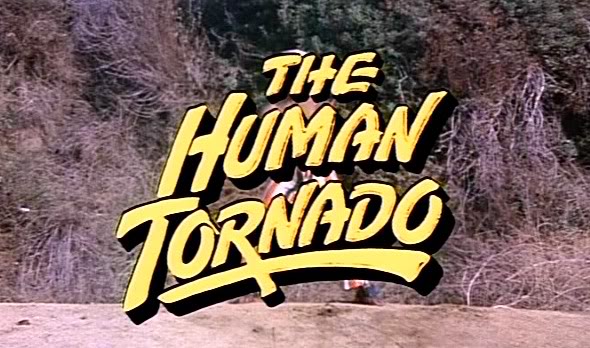 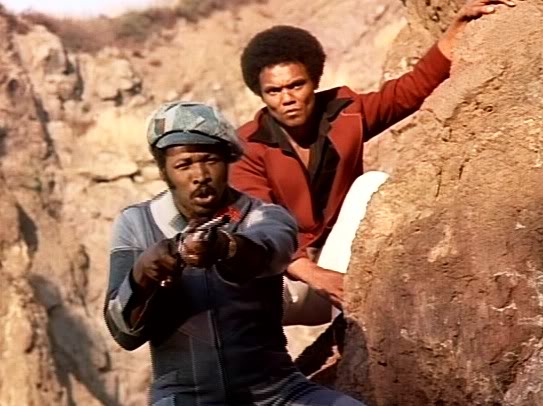 A huge  rumble ensues and Queen Bee’s girls fight for all their worth.Dolemite catches Cavaletti leaving with a stash of cash and raps – ” BEG LITTLE PUPPY YOU’RE LIKE A BIG DOG, GIVE YOU A LITTLE BIT AND I’LL BE DAMNED IF YOU DON’T WANT IT ALL. I’LL TAKE THAT MONEY AND USE IT WELL ‘COS YOU’VE GOT A ONE WAY TICKET STRAIGHT TO HELL.” Dolemite takes Cavaletti to his own torture room and unleashes a cage full of rats.Dolemite gets shot by the redneck Sheriff but gets up, laughing ” THIS MOTHERFUCKER THINKS I’M DEAD BUT HE DON’T KNOW I’M THE HUMAN TORNADO” revealing his bullet-proof waistcoat with silver lining ! If that makes any sense then i have failed with this review !