Roger Corman’s THE TRIP comes to US Blu-ray 22nd March from Olive Films. 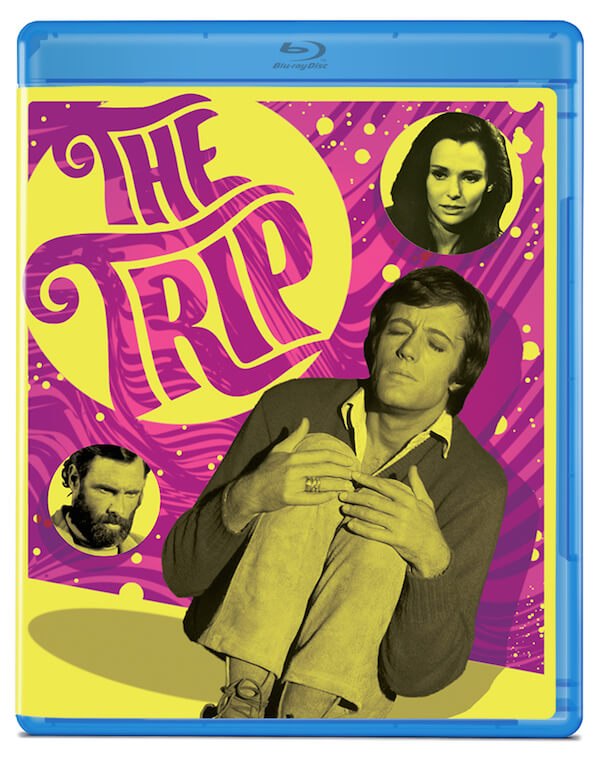 With The Trip, Roger Corman delves deep inside the mind of the artist. TV commercial director Paul Groves (Peter Fonda, The Wild Angels), with both his personal and professional life in crisis due to a crumbling marriage and stagnating career, begins to experiment with LSD to free himself artistically.Paul’s trip provides the viewer with psychedelic and hallucinatory moments worthy of Fellini, as an onslaught of strange, beautiful and terrifying images flood Paul’s subconscious and leads to a revelatory denouement.Featured in The Trip are Bruce Dern (co-star of the Corman directed The Wild Angels) as John, the self-proclaimed LSD guru who sends Paul on his trip; Susan Strasberg (Psych-Out) as Paul’s estranged wife; and Dennis Hopper as a drug-culture everyman.

The Trip, written for the screen by Jack Nicholson (Psych-Out) would be one of several collaborations with mentor Roger Corman including The Little Shop of Horrors, The Raven and The Terror.