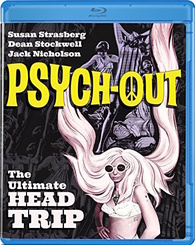 Set during the height of the 60’s counterculture revolution, Psych-Out stars Susan Strasberg (Rollercoaster) as deaf runaway Jenny who arrives in the Haight-Ashbury district of San Francisco in search of her brother Steve, an artist who has disappeared. With the aid of a musician from a local band Stoney (Jack Nicholson in one of his earliest screen roles), Jenny sets out to discover the whereabouts of her brother while navigating the psychedelic world of drugs, music and free love. 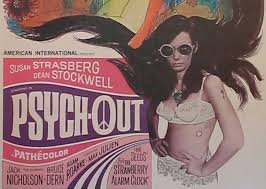