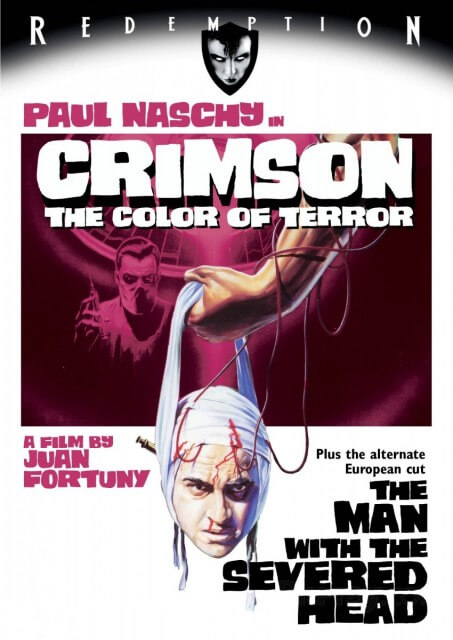 aka :The Man with the Severed Head / Starring:Paul Naschy, Silvia Solar, Olivier Mathot and Claude Boisson.

Paul Naschy stars as a criminal gang leader who undergoes a radical surgery. When a jewel heist goes awry, Jack Surnett (Naschy) and his fellow thieves take shelter at the home of a scientist experimenting in brain replacement. Through the surgical finesse of the doctor s wife (Silvia Solar), Surnett is restored to health, but suffers irresistible pangs of bloodlust and conventional lust as well after the brain of a criminal known as The Sadist (Roberto Mauri) is grafted onto his own.