Ray Danton’s PSYCHIC KILLER arrives on Blu-ray in May from Vinegar Syndrome.

April 14, 2016 / giallo1971 / Comments Off on Ray Danton’s PSYCHIC KILLER arrives on Blu-ray in May from Vinegar Syndrome. 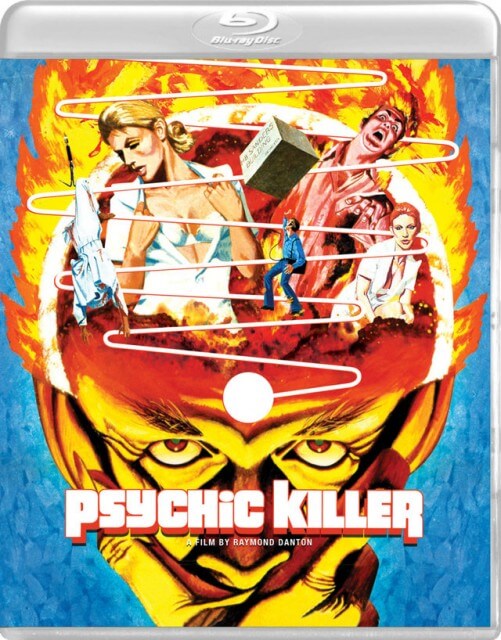 Arnold Masters (Jim Hutton) is a mild-mannered man who obsesses over his mother, but finds himself implicated in a murder he didn’t commit, and is sent to an asylum. While incarcerated, a fellow patient teaches him the techniques of Astral Projection, also known as the Kirlian Effect, which is the ability to use his mind to control objects at will. When the real killer is found and Arnold is released, only to find that during his time in the asylum his mother has died, he vows vengeance against those responsible for setting him up and begins to use his powers to exact a bloody revenge.
Directed by character actor Ray Danton (Crypt of the Living Dead) and co-starring Julie Adams, Neville Brand, Aldo Ray, and Mary Wilcox, THE PSYCHIC KILLER is a mid 70s Drive-In classic that, despite frequent gore and a blood and nudity filled shower death scene, somehow received a PG rating from the MPAA and is presented here fully uncut and newly restored in 2K from its original 35mm camera negative.