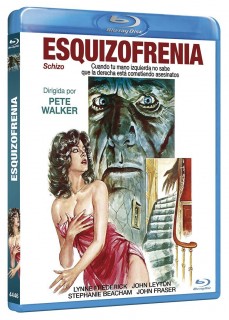 A little girl watches helplessly as she is the sole witness to her mother’s murder. Years later, that little girl has grown into the beautiful skating star Samantha Gray (Lynne Frederick). But after her wedding announcement is published in the local newspaper, a man who becomes more and more obsessed with her begins turning up everywhere she goes. Samantha’s fear mounts as one by one her friends are murdered, and she becomes convinced that the stalker is no stranger! This suspenseful horror thriller was one of the early slasher films, rich with gore, an intriguing story, scenes reminiscent of Psycho and a twist ending considered so frightening that squeamish theater patrons were promised free smelling salts if they fainted!