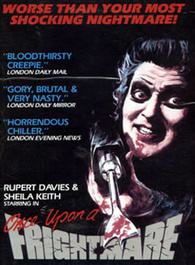 After spending 18 years in an institution, suburban mother Dorothy Yates is released, apparently cured of her cannibalistic urges. Yet her bloodlust proves to be too much to resist and it appears it may even be hereditary!