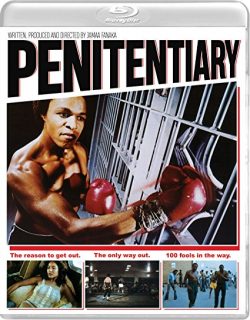 Leon Issac Kennedy stars as Martel Gordone who, after unwittingly getting involved with a prostitute and attempting to save her from being assaulted by a John, which turns deadly, finds himself charged with a murder he didn’t commit. Locked up in the state penitentiary, Martel is forced to fend for himself among hardened criminals, until he’s introduced to the underground and lucrative world of in-prison boxing.

Director Jamaa Fanaka’s breakout action hit, PENITENTIARY, remains one of the seminal late period ‘Blaxploitation’ films. Gritty, violent, and maddeningly entertaining, Vinegar Syndrome presents the Blu-ray debut of this genre film classic, newly restored in 4k from its original 35mm camera negative and filled with both all new and archival interviews with its cast and crew. 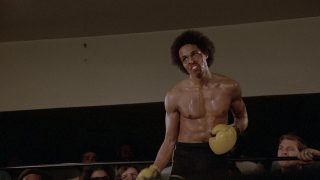