‘Peckinpah stated it was his way of reacting to the violence of the Vietnam War whose images were fed into TV screens in homes across the world every night.’ 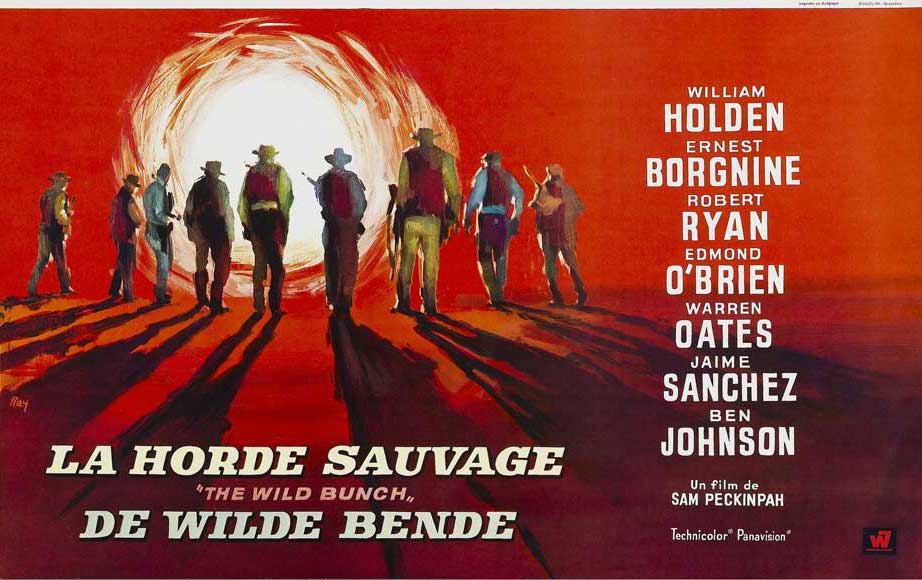 Texas,1913; Pike Bishop (Holden), the leader of a gang of ageing outlaws wants to retire after pulling off one final score, the robbery of a railroad office holding a stash of silver dollars.
They are ambushed by Pike’s former partner,Deke Thornton (Ryan) along with a posse of railroad hired bounty hunters. A bloody shootout kills several of the gang as well as innocent civilians while Pike and his four remaining men make their escape. All the carnage was in vain as the silver cache turns out to be steel washers.The gang reunites with old friend Sykes (O’Brien), and head for Mexico territory.Thornton has just been released from Yuma prison to help track down Pike and his gang in exchange for a full pardon.In the town of Agua Verde, Pike’s gang makes contact with General Mapache to arrange a deal to steal a weapons shipment from a U.S. Army train so that Mapache can re-arm his troops. Angel (Sanchez) sees an old girlfriend amongst Mapache’s debauched and drunken entourage and kills her.Mapache captures and tortures Angel.The rest of Pike’s gang returns to Agua Verde for shelter.Pike tries to persuade Mapache to release Angel but the general cuts his throat. Pike guns Mapache down in front of hundreds of his own men and then the carnage really starts with a long, violent shootout in which all four of the gang and most of Mapache’s men are killed. 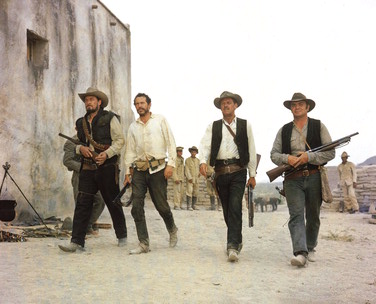 The shocking, slow – motion violence during the final shootout courted some serious controversy back in 1969 .Several different cuts were made of the film. The director’s cut released on Warner Bros DVD is the most complete version of the film. The violence is almost balletic in its pacing and tone. Peckinpah stated it was his way of reacting to the violence of the Vietnam War whose images were fed into TV screens in homes across the world every night.
Peckinpah wanted to cleanse his audience of the violence seen on TV by exposing them to it, making The Wild Bunch the very first Anti-violent western.