Network release DEADLIER THAN THE MALE on UK Blu-ray April 2015. 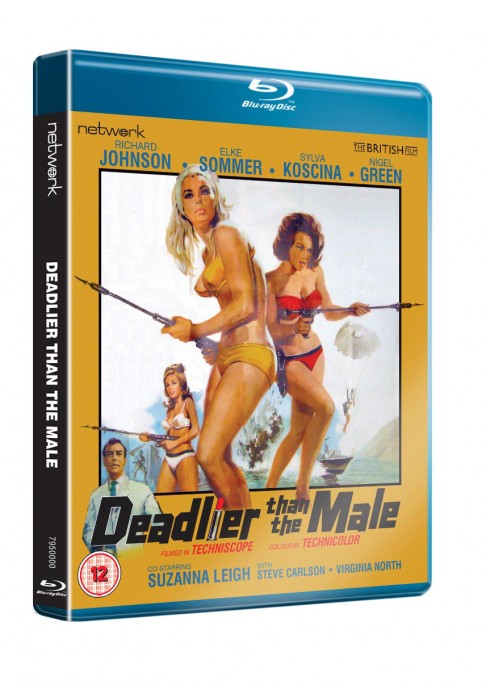 Richard Johnson gives a suave performance as Hugh ‘Bulldog’ Drummond in this cool ’60s take on the exploits of H.C. McNeile’s famous fictional hero. Giving Bond a run for his money, Deadlier Than the Male sees Drummond involved with daring escapes, murderous plots, femmes fatales and dolly birds by the score! The film is presented here as a High Definition transfer from the original film elements in its original aspect ratio.When insurance underwriter Hugh Drummond learns of the deaths of top oil executives – at the hands of a pair of beautiful but brutal female assassins – he is convinced that it is the work of an international crime syndicate.