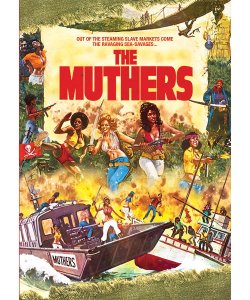 Climb aboard with THE MUTHERS. The meanest, toughest and most action packed pirate crew in the pacific. Join Jayne Kennedy, Rosanne Katon, Jeannie Bell and their crew on a daring rescue mission to save one of their own from the clutches of vicious white slavers.Directed by the master of Filipino sleaze, Cirio Santiago, THE MUTHERS blasts onto DVD newly restored from its 35mm negative.