MS.MAGNIFICENT (aka SUPERWOMAN) flies onto Blu-ray from Vinegar Syndrome!

May 16, 2018 / giallo1971 / Comments Off on MS.MAGNIFICENT (aka SUPERWOMAN) flies onto Blu-ray from Vinegar Syndrome! 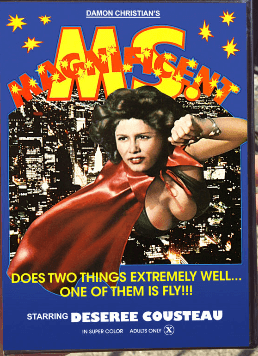 Ms. Magnificent (Desiree Cousteau, Pretty Peaches) does two things well…one of them is fly! When mild mannered LA Times reporter, Linda Kent, discovers that her intergalactic arch nemesis, Kreeta Borgia (Jesie St. James) has landed on earth (in a Safeway parking lot) and has begun kidnapping people, including her boyfriend, for use in her diabolical plans for world sexual domination, Linda transforms into her alter ego, Miss Magnificent, out to save the day and use her super sexual powers to defeat Kreeta, while rescuing her boyfriend in the process. But when Kreeta learns of Miss Magnificent’s valiant efforts to combat her, she becomes determined to destroy the fearless superhero or, at least, seduce her. 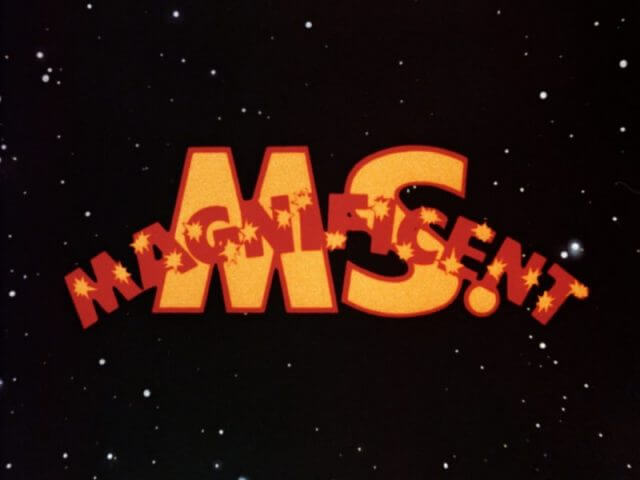 A notorious and controversial superhero spoof that fell victim to a lawsuit resulting in its original point of reference being censored, MS. MAGNIFICENT is an endearingly sleazy and funny tribute to 1930s and 40s serials funnelled through late 70s pop culture based humour, and featuring supporting performances from Sharon Kane, Holly McCall, and Mike Horner. Vinegar Syndrome brings this cult favourite to DVD fully uncut (albeit still ‘censored’), newly restored from 16mm archival elements.