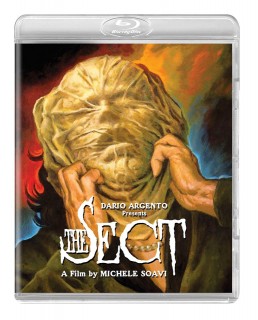 A spree of grisly murders are perpetrated in Frankfurt by a group of Satan worshippers. A school teacher almost runs over an old man with a box and takes him in. It’s no accident that the old man has come into her life, and it quickly becomes apparent that he has plans for her, plans that involve a permanent future with the Satanic cult.