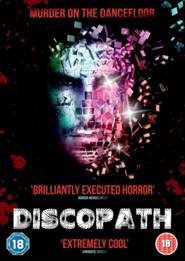 If you like your disco scenes sprinkled with a touch of slasher mayhem then Discopath is for you. If you were thrilled by the disco scenes in Don’t Go In The House and Blue Sunshine then you need to keep your sparkly disco goggles on for Discopath.