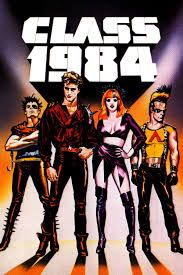 Thriller about a music teacher (Perry King) at a tough Los Angeles high school who attempts to reach out to his students with the gift of music only to find a gang of sadistic punk rockers is actively dissuading new members from joining the orchestra. The punks are led by Peter Stegman (Timothy Van Patten), a musical prodigy, as he proves by banging out some angry classical tunes on the school Baldwin in front of the teacher’s startled class. King tries to befriend the lad, but he rejects the offer with scorn. When King attempts to settle for a truce with the gang leader in order to end his students’ harassment, he finds himself targeted for a slowly-escalating campaign of terror, culminating in a deadly game of hide-and-seek in the high school after hours. 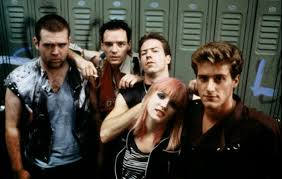