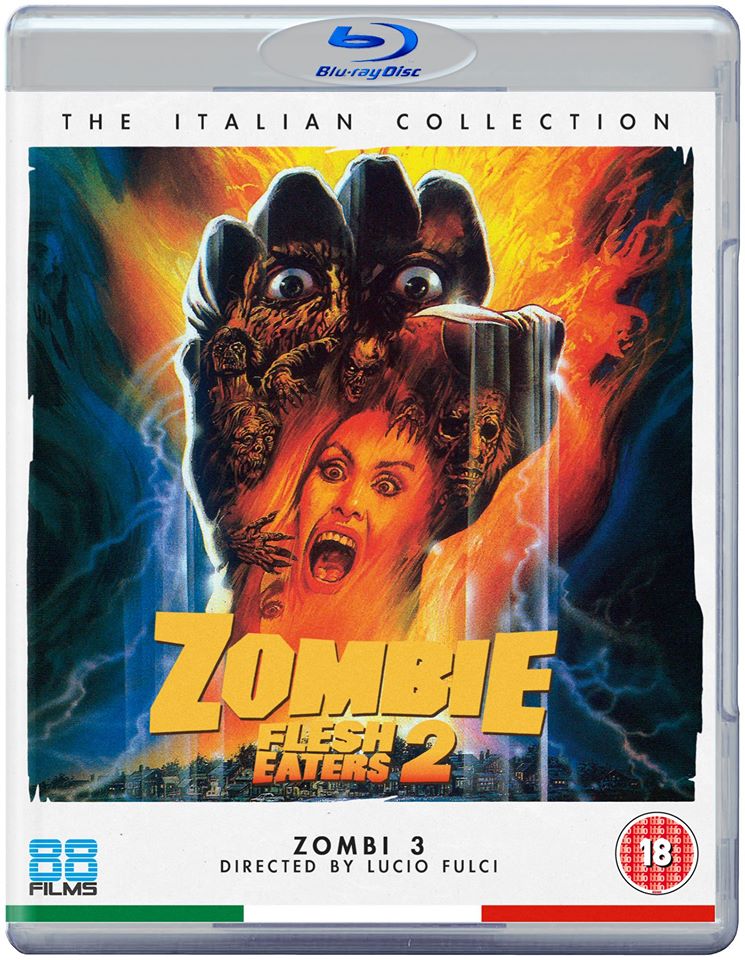 The late, great Lucio Fulci (with a little uncredited help from ZOMBIE CREEPING FLESH helmer Bruno Mattei) returned to his living dead roots with ZOMBI 3 – the long awaited sequel to ZOMBIE FLESH EATERS (AKA ZOMBI 2). However, just as ZOMBI 2 was inspired by DAWN OF THE DEAD, with ZOMBI 3 Fulci spins his own terrific take on another Hollywood hit: RETURN OF THE LIVING DEAD. The end result is a fast-paced, plasma-packed popcorn romp in which contagious fumes consequent in an invasion of flesh-feasting ghouls. A classic carnage-ridden splatter caper in its own right, ZOMBI 3 is ripe for reappraisal and arrives on BluRay in a worldwide HD debut that looks finger-licking fabulous! For Fulci fans it’s a no-brainer – this gory, gut-tearing gem is an essential addition to your collection.