Keanu Reeves (The Matrix, Speed) lives up to his reputation as the ultimate action star, as he kicks ass on an epic scale when JOHN WICK arrives on Blu-ray and DVD TODAY. As he sets pulses racing as a stylish killing machine bent on revenge, Reeves is joined by a cast including Ian McShane (Hercules, Love Joy), John Leguizamo (Moulin Rouge) and Willem Dafoe (Spider-Man, Plantoon), and a whole host of explosive special features on this action-packed Blu-ray and mind blowing Dolby Atmos ™ sound.Co-directors Chad Stahelski and David Leitch delve into their abundant backgrounds and extensive knowledge of martial arts, gun-fu, stunts and choreography to create this high octane masterpiece. 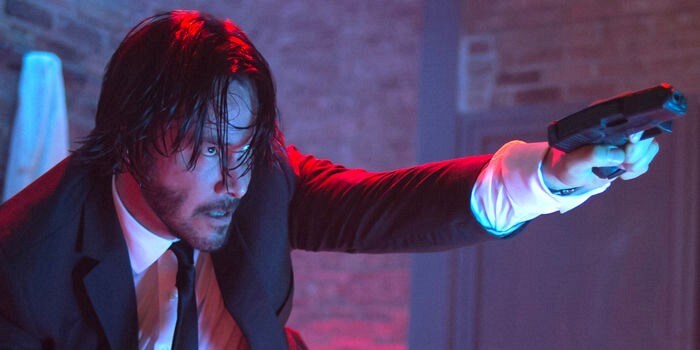 After the sudden death of his beloved wife, John Wick (Reeves) receives one last gift from her, a beagle puppy named Daisy, and a note imploring him not to forget how to love.But John’s mourning is interrupted when his 1969 Boss Mustang catches the eye of sadistic thug Iosef Tarasov (Alfie Allen). When John refuses to sell the car, Iosef and his henchmen break into his house and steal it, beating John unconscious and leaving Daisy dead. Unwittingly, they have just reawakened one of the most brutal assassins the underworld has ever seen.