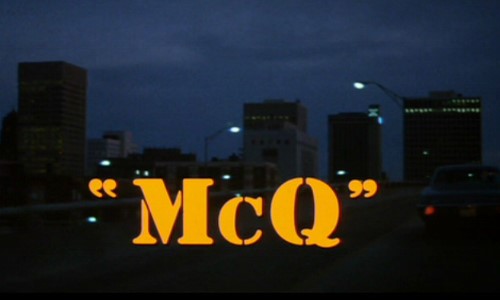 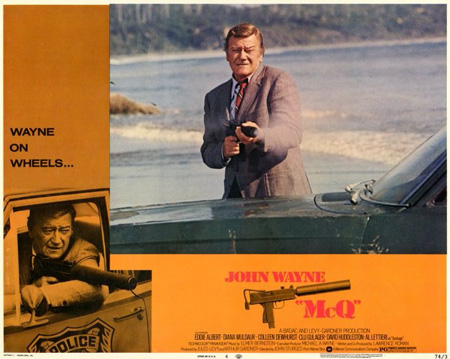 McQ was John Wayne’s late entry into the urban western genre.By the mid 70’s, tough guy western hero Wayne was nearing 70 but showed no signs of slowing down with almost 170 films to his name. In John Sturges’ McQ, The Duke took a left turn away from his well worn western roles appearing for the first time as a tough, grizzled cop following on from Eastwood’s success in Magnum Force (‘73) and dozens of other cookie cutter renegade cop movies of the 1970’s. 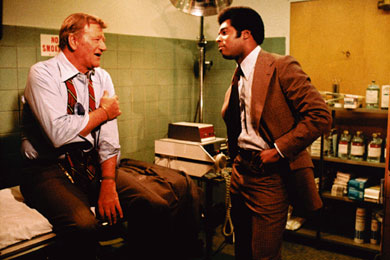 Seattle, Washington. Sgt. Stan Boyle is mercilessly killing policemen. He waits for his connection only to be executed mafia style in a dirty alley. Police Lieutenant Lon McQ (Wayne) investigates the killing of his best friend and uncovers corruption within the police force. McQ lives on a house boat, drives a Trans Am Firebird 400 and carries a .44 magnum – the renegade cop’s weapon of choice.Wayne just seems a little too old to be roughing up hoodlums and burning rubber in his nifty Trans Am.The action comes ludicrously thick and fast as McQ hunts for his prey using a Mac10 machine gun. Wayne is a long way from his horse in this one! Wayne appeared as another tough (but way past his prime) cop in the following years’ Brannigan (’75).