“The five people believed to have drowned here never even made it past the sand! BLOOD BEACH. Just when you thought it was safe to go back in the water – you can’t get across the sand!” 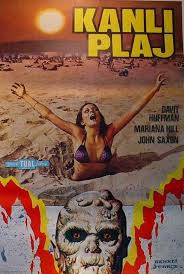