Joe Dallesandro is THE CLIMBER: Italian Crime classic released on Blu-ray 15th May from Arrow Video.

February 20, 2017 / giallo1971 / Comments Off on Joe Dallesandro is THE CLIMBER: Italian Crime classic released on Blu-ray 15th May from Arrow Video. 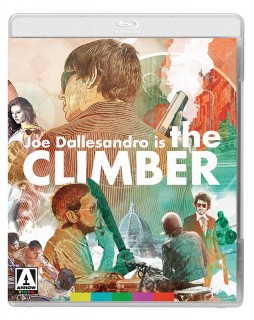 After shooting cult favourites Flesh for Frankenstein and Blood for Dracula in Europe, Joe Dallesandro spent much of the seventies making movies on the continent. In France he worked with auteurs like Louis Malle and Walerian Borowczyk, and in Italy he starred in all manner of genre fare from poliziotteschi (Savage Three, Season for Assassins) to nunsploitation (Killer Nun).

The Climber follows in the tradition of gangster classics such as The Public Enemy and Scarface as it charts the rise and inevitable fall of small-time smuggler Aldo (Dallesandro). Beaten and abandoned by the local gang boss after he tries to skim off some profits for himself, Aldo forms his own group of misfits in order to exact revenge. 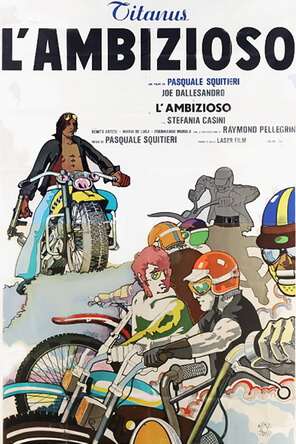 Written and directed by Pasquale Squitieri (Gang War in Naples, I Am the Law), The Climber is a prime example of Italian crime cinema – a high-octane action-thriller full of brawls, fistfights, shootouts and explosions!