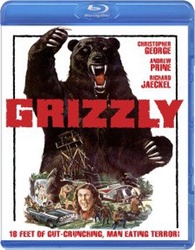 Ranked as the highest grossing Independent film of 1976, taking over $30 million at the Box Office.

An 18 foot killer grizzly bear is on a rampage in a national park. Filmed in Clayton, Georgia.