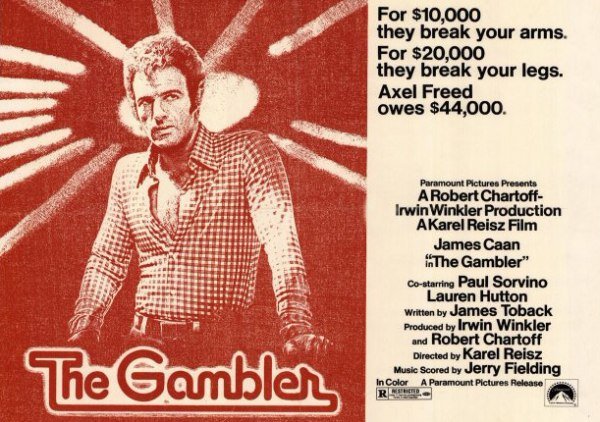 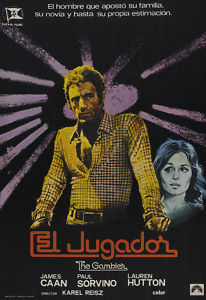 Axel Freed (Caan) is a New York college professor of literature with a serious gambling addiction. He owes the mob $44,000 with no immediate idea of how to pay off his debt.Axel spends a great deal of his time coaxing money from his family, getting more in debt with the mafia.Needing a lucky streak, he takes girlfriend Billie (Hutton) to Vegas to win in a desperate attempt to free himself from gambling debt. Unfortunately, he loses a lot of his winnings while betting on college basketball games. Axel is trying to keep his head above water,maintaining a relatively normal life in his literature class room.He is respected by his students who know nothing of his gambling alter ego.

Czech born director Reisz weaves an intriguing storyline dipping in and out of Axel’s dual personalities to stunning effect. We really feel the passing of time as Axel tries to borrow money as fast as it runs out on him, resulting in a nasty confrontation with the mob leaving Axel permanently scarred.