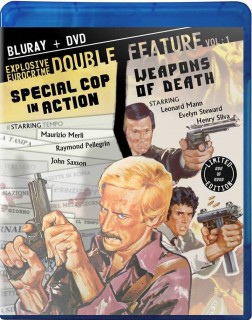 This is the third, and final installment, in the story of Commisario Betti [Maurizio Merli]. As he tries to get the best of the crime lord Albertelli [John Saxon], he puts his life and health at stake. He has to solve a series of bank robberies and the kidnapping of several school children.

In Naples, Italy the diliggent inspector Belli faces off against the mafia boss Santoro. Robberies, a train plundered, banks and offices assulted, and innocent people killed… inspector Belli has his work cut out for him. Can he collect proof that Santoro is responsible?