INVASION OF THE BLOOD FARMERS comes to US Blu-ray 26th Feb from Severin Films. 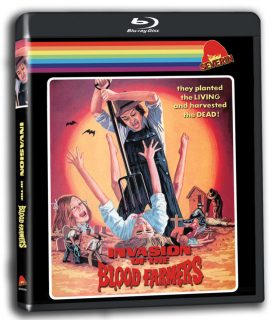 In 1972, a team of New York City exploitation outlaws that included Ed Adlum (SHRIEK OF THE MUTILATED), Ed Kelleher (PRIME EVIL) and Michael & Roberta Findlay (THE TOUCH OF HER FLESH, SNUFF) – along with first-time assistant cameraman and future award-winning cinematographer Frederick Elmes (ERASERHEAD, BLUE VELVET) – descended on bucolic Westchester County with 8½ bottles of stage blood to make a movie about a Druid cult seeking to resurrect their dead queen. The budget was $24,000. The cast were paid in beer. 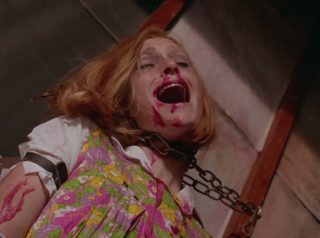 The result remains one of the greatest achievements in schlock/shock cinema history. Severin Films is proud to present this “accidental masterpiece” (Horror News) like you’ve never seen it before, now scanned from the original negative for the first time everand spurting with all-new Special Features.