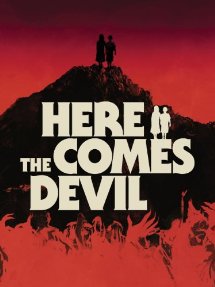 A couple’s preteen son and daughter inexplicably reappear after being lost overnight on a desolate, cave-riddled mountainside. Becoming withdrawn and beginning to exhibit strange behavior, their parents quickly assume something sinister happened to them while missing and alone. But after hearing an ominous local legend, the concerned mother and father begin to realize that their children may have fallen prey to something inhuman – and that this dark, unstoppable evil has now returned home with them.