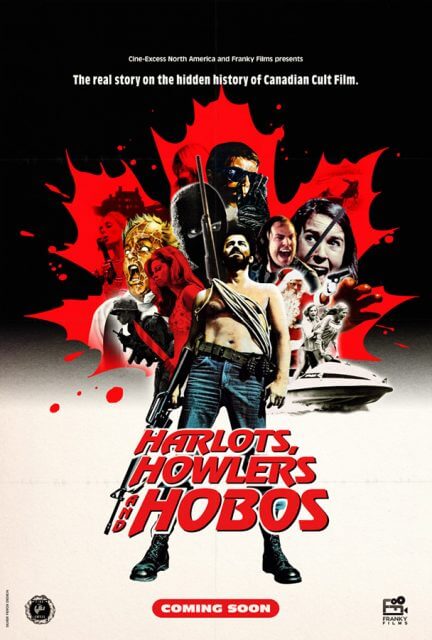 The real story on the hidden history of Canadian Cult Films.

This feature documentary explores the rise of the Canadian film industry that made many cult genre films with the tax shelter system from 1974-1982.

HARLOTS, HOWLERS AND HOBOS is the first feature-length documentary that fully explores how the toxic social and political Canadian context after 1968 created some of the most nihilistic and imaginative Canadian cult films of the 1970s, 80s and beyond. This exposé of Canadian cult culture mixes exclusive interview footage with all of the key Canadian and Quebec cult creators and icons from the 1970s with cutting edge commentary from the new wave of directors influenced by these explosive images.

Franky Films and Cine Excess North America have produced a 60-minute proof of concept for Tax Shelter Terrors (TST) that has already been critically acclaimed worldwide throughout the festival circuit. In the summer of 2016, it won best director at the Australian Film Festival. As of now, Raven Banner will be the distributor for TST’s feature length film and discussions are on going with top end broadcasters. We recently acquired the participation of one of the top Canadian directors/producers from the tax shelter film era, George Mihalka (My Bloody Valentine).

Franky Films and Cine Excess North America’s main focus, in order to finalize this documentary, is to interview A-List directors influenced by and who partook in Canadian cult films. They are in discussions with Quentin Tarantino and David Cronenberg.