YOU DON’T HAVE TO GO TO TEXAS FOR A CHAINSAW MASSACRE! 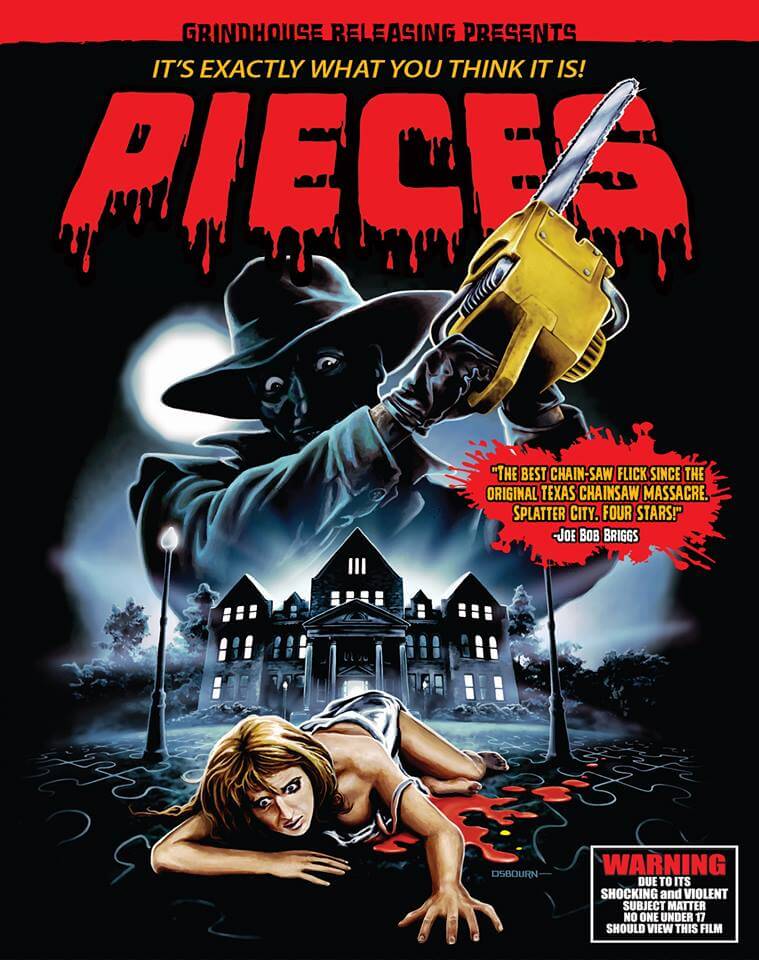 Grindhouse Releasing presents the sickest and most violent of all the early ’80s slasher movies. A psychopathic killer stalks a Boston campus, brutally slaughtering nubile young college co-eds, collecting body parts from each victim to create the likeness of his mother who he savagely murdered with an axe when he was ten years old! PIECES is a wild, unrated gore-fest, with enough splatter and sleaze to shock the most jaded horror fan.