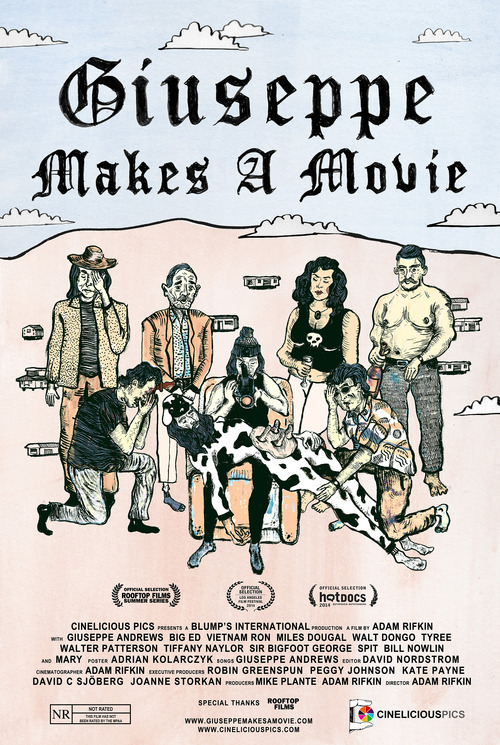 Forget Korine and Gallo, Giuseppe’s low-rent trailer trash movies are the real deal.Nobody has gotten this close to the subject matter at hand.

Director Adam Rifkin (Look, The Dark Backward) creates a wildly surreal, outrageously funny and strangely touching portrait of a truly Outsider Artist inhabiting a world few of us even know exists, as he follows Giuseppe and his seriously impaired troupe on the production of his latest 2-day opus, Garbanzo Gas, starring Vietnam Ron as a Cow given a weekend reprieve from the slaughterhouse at the local motel. Beyond the sun-stroked Theater of the Absurd madness of Giuseppe’s vision, there is a remarkable and endearing sense of family among the director, his amiably bonkers dad Ed, patient girlfriend Mary, Sir Bigfoot George and the rest of his surreal Trailer Park rep company. 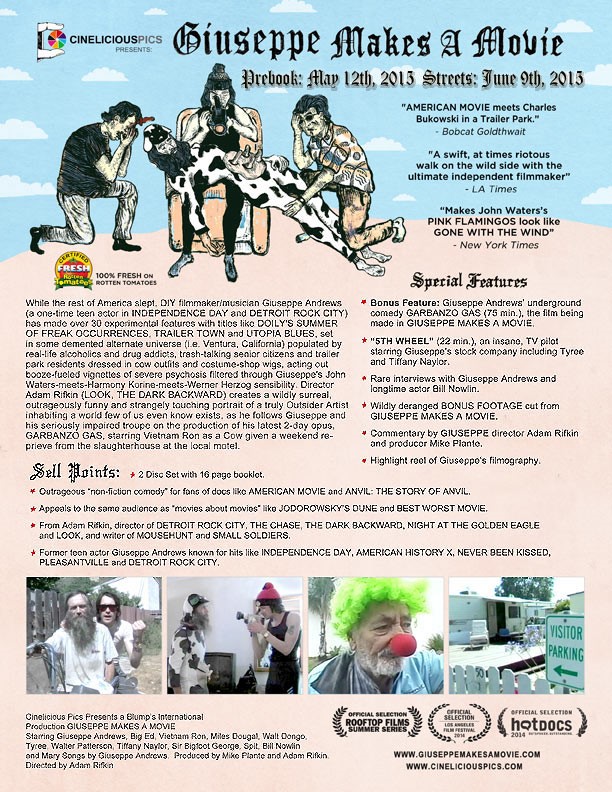 A swift, at times riotous walk on the wild side with the ultimate independent filmmaker
-LA Times