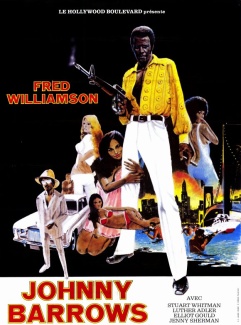 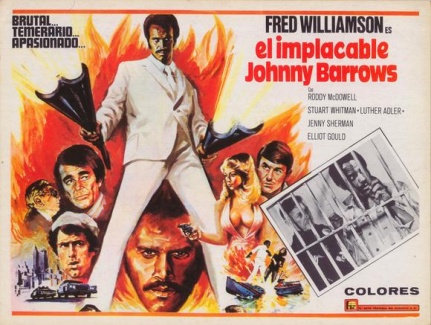 Produced and Directed by: Fred Williamson.

Originally released on Intervision video in the UK.

The name Johnny Barrows was taken from a 1974 episode of US Television series THE ROOKIES. In ‘Johnny Lost His Gun ‘, Fred Williamson guest starred as Barrows, a drug dealer who was once in the Air Force.

Mean Johnny Barrows is dishonorably discharged from the Army after punching out his Captain who had let Barrows step on a live mine! He returns home from prison only to get his ass kicked as soon as he steps off the bus.With no money or job he becomes a vagrant. Mafia Don Racconi (Whitman) used to know Johnny in his football days and asks him to be a hit man for the Racconi’s against their sworn enemies the DaVinci’s. Johnny refuses but falls for Nancy who works for the Racconi’s.Nancy turns out to be a spy for the DaVinci’s and is in love with Tony.They want both families to wipe each other out.Johnny is on hand to dispatch his own kind of revenge via double shotgun action.Everybody dies in this little classic.SEE IT!

Fred Williamson was also in NO WAY BACK and JOSHUA in ’76. Stuart Whitman was also in Tobe Hooper’s DEATH TRAP and cop thriller BLAZING MAGNUM in ’76.