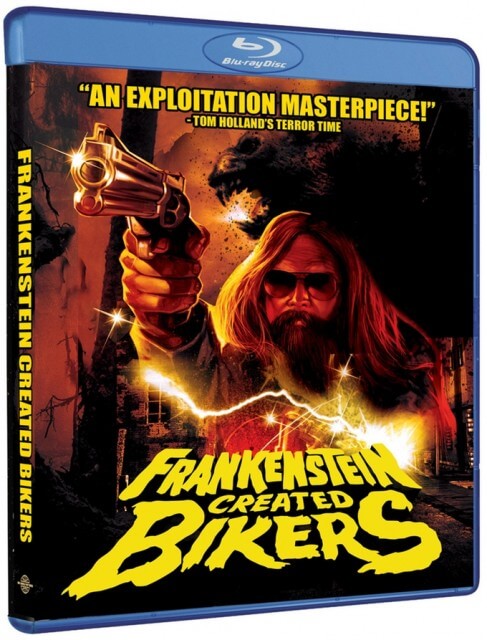 Lensed in 10 Georgia cities on Super 35mm film, “Frankenstein Created Bikers” centers on the re-animation of the South’s most notorious biker gang called The Impalers. Dr. Marco (Paul McComiskey) and his assistant (Laurence R. Harvey) are performing gruesome experiments in their asylum lab and have resurrected the thrill-kill motorcycle club to capture a Bigfoot carrying a pathogen that will allow them to perform a human head transplant. When news of the gang’s resurrection draws the attention of bounty hunters, law enforcement and rival gangs, the lofty aspirations of these mad scientists start to spiral out of control. Things get even worse for the occupants when failed experiments escape from the basement and their lab is attacked by a bomb-happy femme fatale named Val (Tristan Risk).