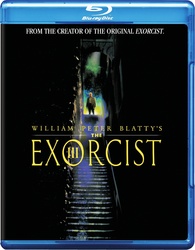 Lt. Kinderman and Father Dyer cheer each other up on the anniversary of the death of their mutual friend, Father Damien Karras, by going to see “It’s a Wonderful Life” at the local theater in Georgetown, near Washington D.C. But there’s no cheering Kinderman while a particularly cruel and gruesome serial killer is at large. His murders, which involve torture, decapitation and the desecration of religious icons, is bad enough; but they also resemble those of the Gemini Killer, who has been dead for fifteen years.