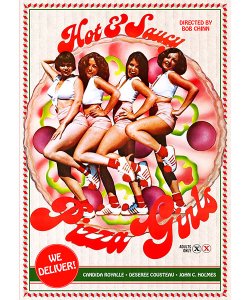 DRACULA SUCKS: At an exclusive sanitarium, strange things are happening: patients are acting differently and are being found with mysterious bite marks in their necks. Visiting professor, Van Helsing (Reggie Nalder) believes it to be the work of vampires. With the arrival of Count Dracula (Jamie Gillis), things get even stranger and more violent, as the diabolical count sets his sights on the beautiful Mina (Annette Haven). Acclaimed as the most star studded X rated film ever made, featuring supporting performances from Seka, Serena, Kay Parker, John Leslie, Paul Thomas, Mike Ranger and Bill Marigold, Dracula Sucks has finally been restored to its original directors cut and is coming to DVD for the very first time!