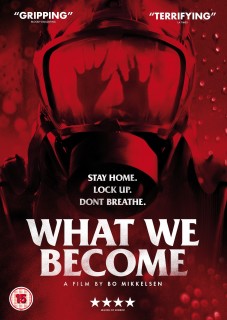 The feature filmmaking debut from Bo Mikkelsen, WHAT WE BECOME is a tense, post-apocalyptic zombie thriller that’s the first of its kind in Danish horror cinema.

A family of four is quarantined in their home as a mysterious virus spreads into town, transforming their friends and neighbours into zombies. As the military moves in to try and stem the outbreak, they are forced to        the extreme in a struggle to escape alive. Also starring Ella Solgaard and      Marie Hammer Boda.