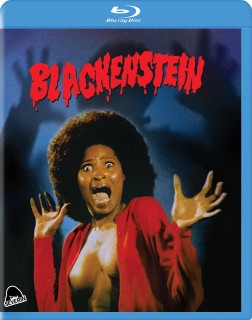 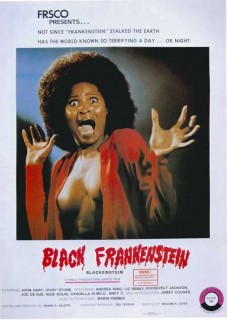 On May 30th, Severin Films, ​in association with Xenon Pictures ​and Vinegar Syndrome​, ​invites you to experience Mary Shelley’s horror classic through a Vietnam-shattered, micro-budget, entrail-smothered lens. After years of lifeless home video presentations, Severin is proud to re-animate this lumbering monster​ with an immaculate transfer of the rarely seen original theatrical cut AND ​a new assembly of the home video release version, Frankensteined together from the best existing elements!*

You may have heard of this infamous Blaxploitation/horror hybrid, but the real story is even more bizarre: In 1973, criminal-lawyer-turned-wannabe-monster-movie-mogul Frank R. Saletri wrote and produced this grindhouse hit about a black soldier mortally wounded in Vietnam transformed into a rampaging monster by a mad L.A. scientist. Almost a decade later, Saletri himself would be murdered gangland-style in a crime that remains debated – and unsolved – to this day. John Hart (TV’s “The Lone Ranger”), ‘40s Hollywood starlet Andrea King (THE BEAST WITH FIVE FINGERS), and even former mob moll/stripper Liz Renay (DESPERATE LIVING) star in this jaw-dropper directed by William A. Levey (THE HAPPY HOOKER GOES TO WASHINGTON), now with all-new Special Features that spotlight the entire twisted saga!

*The home video version has been the most widely seen version over the past few decades. It’s entirely possible that the original video master was created using a longer, unfinished cut of the movie, with the producer’s tighter edit being the version that was officially released to cinemas in the 70s.